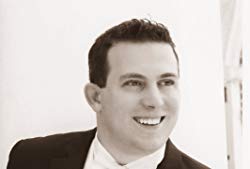 Vince McKee is a growing force in the sports literary world. His first seven books all helped to build his credibility as a top-notch chronicler of the impact of Ohio sports. Vince is also the MMA correspondent for neosportsinsiders.com. He has also spent time as a High School Beat Reporter for the Cleveland Plain Dealer & The Medina Gazette. His work has been featured in SLAM Magazine, ESPN Sports Nation and Drennan Live. He has been called the go to source with anything involving sports history. He has personally interviewed some of the biggest names in Cleveland Sports history for his books, including a one on one with Bill Belichick.

About Our Gallery & Boutique
About Our Custom Framing Services

Get the Burning River Boutique Newsletter